His name was Frederick Justus and his story is one of resistance and stubbornness. Over the years he refused to listen to the appeals of his own son and daughter-in-law as together they tried repeatedly to speak to him of Christ. Perhaps his heritage had something to do with it. He had come to America from Germany when just 18 years old. Germans, rightly or wrongly, have a reputation for being stubborn and unyielding. Perhaps he didn't think his own son could teach him anything. Perhaps it was unbelief. Whatever the reason, he was unyielding to the message of salvation.

Frederick Justus became a grandfather. First a granddaughter arrived in 1943, then a grandson in ‘50.  Three years later another grandson and finally another granddaughter. Four in all.  Despite Frederick’s gruff exterior, he loved his grandchildren. You could tell by the twinkle in his eyes.  Whenever they came to visit they brought bedlam and left messes, but he didn't seem to mind too much. During those visits, the story of Jesus was mentioned, but still Frederick resisted.

With age comes maladies. Aches and pains at first, then more serious conditions. When Frederick Justus was 88 years old he was diagnosed with congestive heart failure. More likely it was just old age. In the last few years he could hardly walk. His body was bent. He carried a cane.  He sat more than he stood.  Then, one day, he was hospitalized - Saint Joseph's Hospital in Chicago.  His son and daughter-in-law visited, and despite the many times their message had fallen on deaf ears, they again spoke softly of the Son of God and of the hope of glory.  This time something was different. This time Frederick listened. This time he heard. In barely a whisper, he at last said, "I want to be baptized into Christ."

The hospital was Catholic, so the son prepared for battle. Baptism as immersion doesn’t sit too well with Catholics. Additionally, the old man was very sick, but the son was adamant and stubborn. No surprise there, for he was German too. The son had as much stubbornness as his father - maybe more. Nothing was going to prevent the very thing he had prayed about for so many years.  The doctor said “No,” so the son went to the charge nurse who thought the idea of a baptism wonderful. She said, “We don’t listen to doctors.” The nurse located a large metal bathtub with harness system that could be used to lower Frederick into the water.

On that day, the stubborn, self-willed, infirm Frederick Justus finally let go, and gave himself to Christ. He was baptized by his own son for the forgiveness of his sins, and the blood of Christ removed all infirmities of the spirit. He was born again into the kingdom of God.

A few days later, the hospital, unable to provide any further treatments for Frederick suggested he be admitted to a nursing home, but the son and his wife wouldn’t have it. An ambulance brought Frederick to his son's house.  Three days after his arrival, at breakfast time, Frederick Justus coughed once and died.  A Christian for a mere 3 days - a heavenly reward for eternity....

Frederick Justus Hennecke - my grandfather. I will see him again.

Everything I Needed to Know About God I Learned... Throughout My Life? 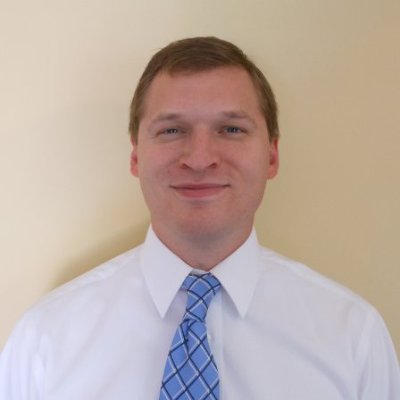 Everything I Needed to Know About God I Learned... Throughout My Life?

"What hinders me from being baptized?" This is the question that the Ethiopian Eunuch asked Philip in Acts 8:36 as they had been studying the Bible together. One of the big hindrances to obeying the Gospel that I have heard throughout my time as a Christian, is that people feel like they don't know enough to be baptized. This even applied to me before I became a Christian. What exactly is it that one needs to know to be baptized? How much does one need to know to be baptized? Not as much as we may think.

There are things that we need to know and come to terms with before we make the decision to become a Christian. We must first hear God's word (John 5:24), and we must believe (Mk. 16:15-16) in God. In doing so, this means that we have to acknowledge that we have sinned. Romans 3:23 says, "all have sinned and fall short of the glory of God". We then must repent (turn away) from our sins (Mk. 1:14-15). Philip tells the Eunuch in Acts 8:37 that "if you believe with all your heart you may" be baptized. This is followed up by the Eunuch's confession of his belief in Jesus Christ and subsequently his baptism in verse 38 of Acts 8; Acts 2:21 and Mk. 16:16 are also commands for baptism. When we do this there is a level of commitment involved which can also be hindrance to some when they are considering becoming a Christian. We must then remain faithful until death (Revelation 2:10). This can seem like a daunting task when we feel we don't know enough about the Bible or we are overwhelmed with the expectation that we must live perfectly and without sin. As previously mentioned, we all have sinned and will sin. We all sin, but the difference between believers and non-believers when we sin is seen in how it affects us and how we try to not repeat that sin. We strive to live righteously.

We have a lifetime to learn of and about God and what is required of us. We all must start at the beginning. First Peter 2:2 references a time period where Christians are "newborn babes", that "desire the pure milk of the word", that we may grow. Does a star athlete start out at the top of his sport? No, they obtain a higher level as they learn and apply what they have learned. This is the same principle for Christians. We must apply what we've learned about God's word and expectations throughout our lives. We must mature as Christians and have a greater level of understanding and purpose. If our expectation is one of perfection from the start, it will be a daunting task to follow God and get to Heaven. Keep in mind that all have sinned and those that make it to Heaven will do so because they made the choice to make a commitment to follow God - and they kept it. The second part of this is God's grace that is bestowed upon us; God's unmerited favor given to us even though we sinned. Hebrews 11 highlights some of the faithful followers of the Bible. Even they had their struggles with sin. It is important to note that while God's plan may have occurred through these people, they weren't perfect either.

As previously mentioned we know very little at the beginning. If we keep this in perspective and strive to grow as Christians and grow closer to God, we CAN get to Heaven with God's grace. As Paul said in Philippians 4:13, "I can do all things through Christ who strengthens me". This goes for us as well.  No master craftsman ever started out that way, it occurred over time as they learned their craft. Being a faithful Christian is a life long journey to draw nearer to God and ultimately dwell with him in Heaven.