The Patterns of Sin and Faith

The Patterns of Sin and Faith

Like most people, I follow set patterns of behavior almost every day. I wake up around the same time, eat the same thing for breakfast, and drive the same route to work. There might be some days where everything in between waking up and sitting down at my desk at work is a blur of activity. On those days I might stop and ask myself, “How did I get here?” After some thought I’d be able to explain how I arrived at work or school because it’s the same thing I do every day.

What about when I find myself in sin? My first response to the question, “How did I get here,” might be, “I don’t know.” But sure enough, if I gave it some more thought, there would be a pattern of behavior that resulted in this sinful situation.

One such pattern is: Seeing, Desiring, Taking, and Hiding.

Genesis 3:6-8  God told Adam not to eat the fruit of the tree of the knowledge of good and evil, but Eve saw that the tree was good for food. She desired to be wise, took the tree’s fruit, ate, and gave some to her husband to eat as well. Then, they both hid from the presence of the LORD.

Joshua 7:20-21  God had told Israel that everything in Jericho was devoted to destruction, but when Achan saw the spoil, he desired (coveted) the spoil for its value. He took the spoil for himself, even though it belonged to the LORD, and then he hid the spoil inside his tent.

2 Samuel 11:1-5  During the time of year when kings went out to battle, David stayed home and saw Bathsheba bathing. He desired her beauty (this is implied in his actions), had his servants take her to him, and then spent the rest of the chapter trying to hide his adultery.

What’s the solution? If we realize that we are hiding from the LORD because of this pattern sin, then we need to step out of the darkness and into the light by repenting and confessing our sins (1 Jn. 1:6-9). Then, rather than engaging in the pattern of sin, we need to busy ourselves with the “pattern of faith”: We need to fix our eyes on Jesus and see Him as our King (Heb. 12:1-2). We need to desire Jesus for His wisdom, value, and beauty (Col. 2:3; 1 Pet. 1:18-19; Is. 33:17). Finally, we need to take hold of the hope that we have in Him and hide (take refuge) in the shelter He provides (Heb. 6:17-18), never straying from the message of our great salvation, eagerly waiting until that Day when Jesus returns and reveals the glorious hope that the faithful have been longing for - eternal life with Him.

Getting Out of God's Way 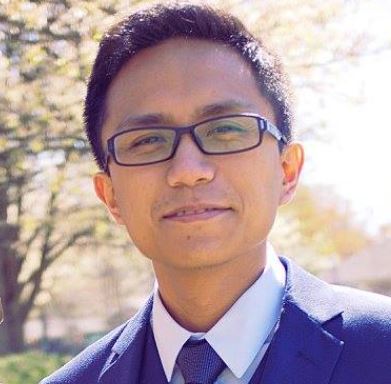 Getting Out of God's Way
By Tristan Ganchero
Imagine that there is an apartment building on fire. There are people trapped inside, and the fire is getting worse every second. We hear the sirens of a fire truck approaching and we feel a sense of relief as the firemen get out and approach the building. Help has arrived. But before they are able to enter the building, someone stops them, pulls them aside, and tells them that the situation is too dangerous. They might lose their lives. What would the firemen say? “Get out of the way! This is our job. We know the consequences. Every second we waste talking to you is one less second we have to save those who are trapped inside!”
We wouldn’t think very highly of anyone who tried to prevent firemen from saving those who were trapped in a burning building. But we often find ourselves hindering the work that needs to be done in our relationship with Jesus.
In Matthew 16:21-23, when Jesus began showing His disciples that He must suffer, die, and rise again in order to save them, Peter took Him aside and rebuked Him. Peter was hindering Jesus from getting the job done. So what was Jesus’ response? “Get out of the way, Satan!”
Peter had his own selfish plans for Jesus and it blinded him to God’s much bigger, better plan of salvation. We do the same when we choose our own selfish plans for our friendships, dating relationships, marriages, families, careers, education, etc.
So how do we get out of God’s way so that He can truly help us and fulfill His much bigger and better will in our lives? We get out of God’s way by...
#1 Trusting Him
God’s wisdom and understanding far exceeds our own (Romans 11:33). We need to trust that what He has revealed in His word is for our good, always, even if obedience means suffering physically or emotionally for a time (James 5:11).
#2 Following Him
Speaking of suffering, right after Jesus rebukes Peter in Matthew 16:23, he goes on to explain that those who want to follow Him must “deny himself and take up his cross” (Matthew 16:24-28). Picking up a cross doesn’t simply mean “bearing a burden” for a period of time. If someone was carrying a cross back then it meant that they were being executed. Our old self of sin needs to die through baptism (Romans 6).
#3 Living for Him
Having been united with Christ we need to remember every day that our lives are not our own. We live with Him, and in Him, and by faith in Him. And He lives in us. (Romans 6:5-11; Galatians 2:20).
#4 Thinking like Him
Peter hindered Jesus’ work because he was not “setting [his] mind on the things of God, but on the things of man.” Our minds need to be constantly renewed by the power of the Holy Spirit through the word that He has revealed. We need to develop the mind of Christ by practicing humility and serving one another self-sacrificially (Philippians 2:1-11).
This mindset, and the path it leads us down, may prove to be difficult and filled with suffering, but we are in good company because that was Jesus’ path to glory. In that, we can rejoice with Paul because we too want to attain to the resurrection from the dead (Philippians 1:29; 3:8-11).
So how do we get out of God’s way so that He can rescue us from death and continue the work He began in us (Philippians 1:6)? We need to trust Him, follow Him, live for Him, and think like Him.
God bless.