“A Lesson of Life” 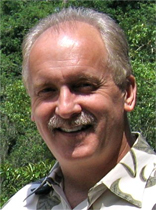 A Lesson of Life
By Matt Hennecke

I used to think myself quite the ping-pong player. My skill level was sufficient to decimate most of my family members. My brother-in-law was my only real competition, and though he would deny it, I won many more of our battles than I lost.

My favorite opponent was my young nephew, Andy. He was always ready to play, and played with total, reckless abandon. His skills fell far short of my own. I was a “spin” master. I could put such “English” on the ball that when it landed on Andy’s side of the table it would bounce crazily in an unanticipated direction. I took great glee in running Andy into the half-filled, cardboard boxes lining the basement wall as he dove vainly to return one of my crazy, spinning shots. He’d collapse into the boxes but always came up wanting more. Time and again I laughed uproariously as his contorted body lay sprawled across the boxes after I’d hit one of my spectacular shots.

When I was about twenty-years-old a couple joined the local congregation where I attended with my family when home from college. Jerry was about thirty and possessed many talents. He could play the piano beautifully. He was a great Bible teacher, and he could make friends easily because of his engaging social skills. As the summer progressed I came to know him better, and I also learned he thought himself a pretty good ping-pong player. I still remember, thinking, “Ah, fresh meat,” but I purposefully kept my interest in the game hidden, waiting for the perfect moment to “show” him what a real ping pong player could do.

Judgment day presented itself one day in early August when Jerry and I, and several other people from church, happened to be at a member’s home for a potluck. The homeowner had a ping-pong table in the basement. I remember thinking the time had come to reveal my skills and slay yet another victim. “Hey, want to play some ping-pong?” I not-so-innocently asked as Jerry and I found ourselves in the basement after eating. Those who knew me from church realized I was circling my prey and watched with amusement as Jerry took the bait. “Sure, let’s play,” he replied.

Oh, somewhere in this favored land the sun is shining bright;
The band is playing somewhere, and somewhere hearts are light,
And somewhere men are laughing, and little children shout;
But there was no joy for me that day – I ingloriously lost the bout.
-  Adapted from “Casey At the Bat,” by Ernest Thayer

Yes, zero. I never score a point. I never even came close to scoring a point.

A life lesson took root and bloomed that day: the lesson of humility. Of course I’d been humbled before, but never so profoundly and in the presence of so many witnesses. That day I realized I had been naively comparing my skills to others who were far less skilled than I. Clearly there were others who far exceeded me in ping-pong prowess. “Pride goeth before a fall,” echoed the words of the Proverb writer (Prov. 16:18). That day I fell hard. Jerry cleaned my clock and in doing so taught me about pride: Pride made me cocky. It made me feel invincible and self reliant. But the lesson of humility wasn’t yet over. Two weeks later, Jerry – who had so soundly thrashed me – entered a ping pong tournament in downtown Chicago and lost to a seven-year-old boy. And he lost badly. Imagine how I felt. Not only wasn’t I skilled, but I was lightyears behind some nameless seven-year-old.

Such are the lessons of life. They often come along and slap us upside the head, and if we let them, they shape us, mold us, and change us – for the better. So it is when it comes to spiritual matters. Perhaps because of that ping pong lesson I’m inclined to listen to Paul’s spiritual advice when he says we shouldn’t “dare to classify or compare ourselves with others,” and that when others “measure themselves by one another and compare themselves with one another, they are without understanding” (2 Cor. 10:12). He also tells us “there is no one righteous, not even one” (Rom. 3:10). The conclusion is pretty clear: I’m imperfect; I’m a sinner; and I’d be doomed except for Jesus Christ. I shouldn’t think myself better than anyone. Want a dose of humility? Compare yourself to Christ.